You're One Click Away From Your FREE The Break-Up Guide Report...

Looks like we just need a few simple details from you. Complete your information below to get your free Astrology Report based on your name and date of birth.

What to expect from your free The Break-Up Guide Report 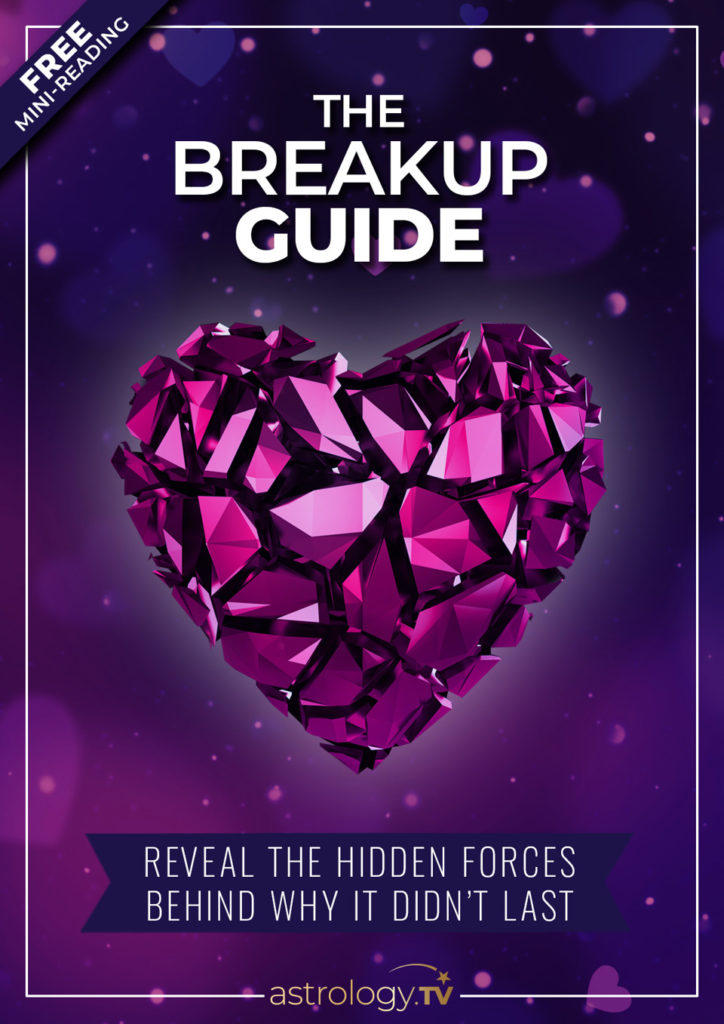 Despite your hopes, your relationship just didn't work out. Was it them, or was it you? Was it circumstance, or were you two just a complete mismatch from the start? The short answer is, all of the above.

Each of you contributed at least a few less-than-desirable qualities to this relationship that made it difficult for you to get along. While you were probably able to outline your lover's failings complete with bulleted points and subheadings, you may not have realized that some of your character traits brought out the worst in them. That's not to say that all your relationship problems were your fault, any more than they were all theirs.

No two people are a perfect match; every couple has areas that need work. But some relationships function better than others, and the stars are a good place to look for answers regarding the issues you had as a couple. Forewarned might have been forearmed. Had you known what your relationship's trouble spots were, then you could have been better prepared to take one of three routes: avoid them as best as you could, worked through them as a team, or decided it just wasn’t worth the trouble and moved on.

If you had been prepared, working together through your issues could have brought you closer as a couple, as mutual compromise and flexibility could have healed many of the troubles you experienced. But if you had known the pitfalls and decided that your incompatibilities were just too huge to get past, you would have been able to leave this relationship confident that you were doing the right thing and that there's someone out there who is a better match for you. As you know, it's better to be alone than to settle for a relationship that doesn't make you happy.

Every relationship has problems, but if you tried and tried and still things just weren't right between you, you did have the right to move on. Only you are responsible for you own happiness. And one way or another, you needed to take that responsibility into your own hands.

Be prepared: This report provides a frank and sometimes brutally honest description of what your relationship's sore points were. It also offers advice on how you could have cleared your hurdles. You'll find that the information in this report will help you to identify the areas that needed work. It will also make suggestions about what could have been done, if anything, to change things for the better, had you wanted to try to make it work. This report can help you come to terms with your breakup, but also make you aware of pitfalls you may encounter in the future.