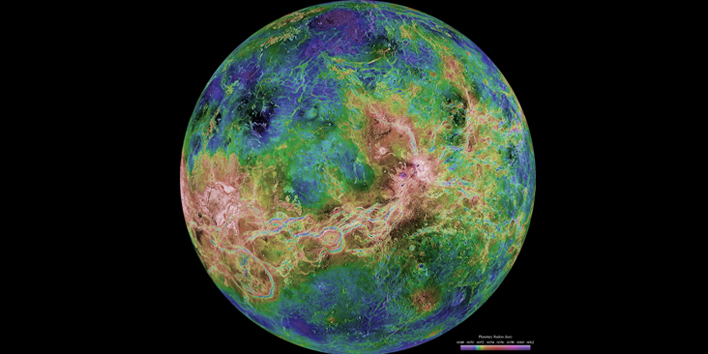 Venus, reputed as the 'Goddess of Love,' is the second closest planet to the Sun and has an orbit of 225 days. Because it’s in between the Earth and the Sun, it is never more than 48° from the Sun from our viewpoint.

Venus has hot, perpetual acid rain and a dense atmospheric pressure. It spins on its axis in the opposite direction from other planets: If you were on Venus, the Sun would rise in the West and set in the East. Venus takes much, much longer to rotate on its axis than it does to orbit the Sun, which means that a Venus day is longer than the Venus year!

From Earth’s perspective, Venus appears to go retrograde only seven percent of the time because it is so close to the Earth. When Venus does go retrograde, it's time to mull over the quality of your romantic relationships. It’s usually not a great time to take permanent action in love; it’s more suited for working things out and focusing on self-love.

Like Mercury, Venus is both a morning and an evening star and is beautifully brilliant due to its proximity and its highly reflective atmosphere. At its brightest, it is the brightest planet visible to the eye.

Venus returns to its natal position in a chart about once a year. When it does, the focus tends to be on relationships, values, possessions, artistic endeavors and money.