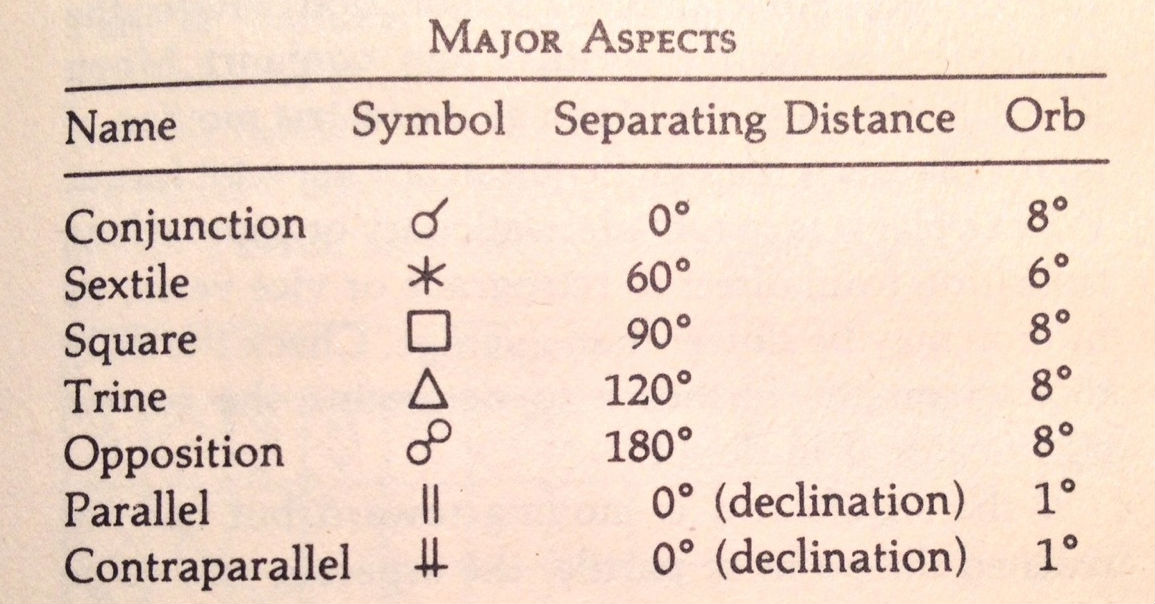 Aspects are an essential part of interpreting a birth chart because they describe the exact geometric relationship between two or more planets -- a physical relationship that’s specific down to the degree.

An astrological chart is mapped out in a full circle of 360 degrees, and aspects occur when planets are zero degrees apart, thirty, sixty and so on.

Soft aspects, such as sextiles and trines, bring positive, beneficial influences with them, while the hard aspects, such as conjunctions, squares, oppositions and quincunxes, are thought of as bringing intensity, drama and challenges.

You might not notice the easy effects of a soft aspect, while the hard aspects can be either interesting or difficult to deal with -- or both. After all, without challenges and spikes of intensity, life would get pretty dull!

The orb of an aspect determines how far apart an aspect can be, in terms of degrees, and still have an influence that will affect your life and personality. For example, for two planets to be in opposition, they must be one hundred eighty degrees apart on a Zodiac chart.

But with an orb of ten degrees, one planet can be up to ten degrees closer or farther than the exact opposition, and still be considered to be effective aspect, with all of the opposition’s attendant influences and meanings.

The orbs for the different aspects vary; some, such as the sextile and the quincunx, must be within just five degrees to still be considered a true aspect.