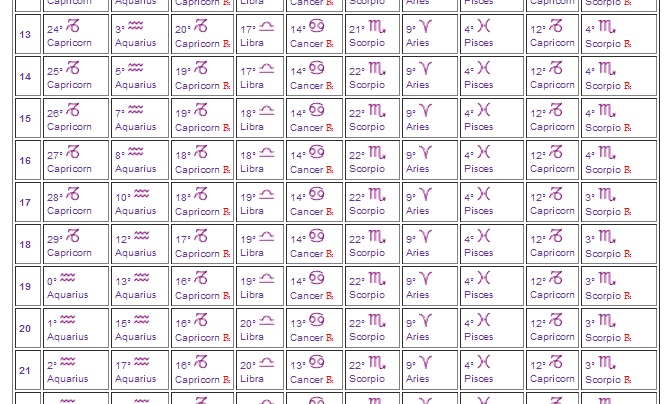 The job of an astrologer is to interpret the meaning of the planets in the sky: which signs and houses they're traveling through at any given moment in time, how they're interacting with each other at that moment and how their movements are affecting us here on earth.

But in order to interpret the planets' meanings, astrologers have to know exactly where those planets lie in the heavens, down to the most accurate angle and degree!

How do these astrologers do it? Are they also scientists? Mathematicians? Magicians? Maybe, but probably not. They don't have to go outside at night with a telescope and a yardstick; instead, they use a tool called an ephemeris to find out where the planets lie in the heavens at any given moment.

An ephemeris is a chronological list of the movement of the planets around the Sun, and it works something like a calendar. But whereas the calendar on your wall tells you what date next Tuesday is and when to expect the next major holiday, an ephemeris tells you where the sun, the moon, Mercury, Venus and so on are located in the sky on any given date -- which Zodiacal sign they're in, and at which degree; whether they're moving in direct or retrograde motion; and more.

An astrologer can use an ephemeris to find out where the planets were on, say, a particular Sunday in January a hundred years ago, or where they'll be fifteen years from today's date. Using that mathematical information, the astrologer can then interpret what those planetary positions mean for us, living right here on earth.